In past several years, iOS app development has become the large industry thanks to evolution of mobile technologies. There are thousands of applications in App Store and the number grows from day to day.
Apple now release their new IPhones every year so iOs application development churns out to satisfy needs of modern devices. Different programming languages has now evolved to support Apple products so now we have Objective-C, Swift and Xamarin mobile application development for ios.
In VRG Soft we’re proud to perform top-quality iOS app development services for all clients preferences.

With the release of Apple Watch in 2015, the app development iOS engineers got used to became even more complicated because all modern apps needed to synch with the new WatchOS for new devices. WatchOS development is made real thanks to WatchKit – the iOS app development software  that helps to synchronize your IPhone and Apple Watch in one ecosystem.
In September 2018, with the release of Apple Watch 4.0, we also got the new OS for these devices – WatchOS 5.0 so it’s crucial to make your application up-to-date with it. And that’s where VRG Soft can help you. Just contact us and get a free consultation.

Macs are awesome. Apple gratify our eyes and ears with every new MacOS product. Although iOS apps development and production of MacOS programs seem to be very similar using the same technologies and programming language, it’s different in its core and platforms.
There’s now a trend to transfer an iOS app for Macs as a desktop version. This led to wide spreading of Macintosh applications of all kinds and VRG Soft is glad to develop the one for you.

TvOS is an operation system for the 4th generation of Apple TV. Creating applications for these devices is close to the iOS mobile app development. TVOS also supports Siri and uses it as a voice remote control and, as a part of HomeKit, TVOS supports all the stuff for smart homes and IoT.

Benefits of developing applications for IOS in VRG Soft 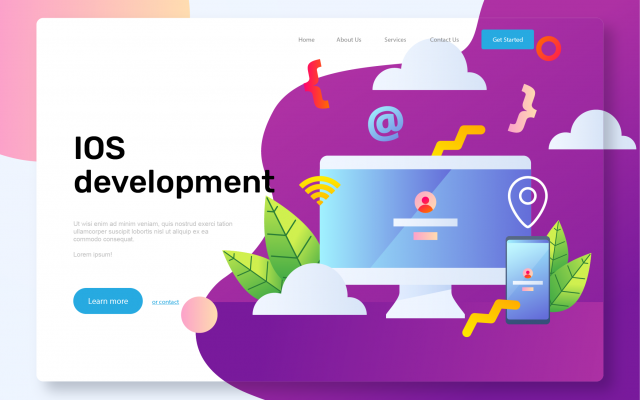 How we perform an iOS development

IOS mobile application development is a really complicated process. It’s not a rocket science for today but also necessity for your business. Things like brand awareness, increased sales, great marketing, and it’s not the full list of advantages that online iOS development can bring.

This way, we at VRG Soft ios app development company divide the process of creating great applications on several stages. Let’s have a look at them and discuss some statements.

This stage is the most important one because it’s a foundation for next steps. Here we (and you as a client) do some market researching, ideal brainstorming and reflecting about the future product.

It’s the stage where we transfer your future iOS app from brains to paper or whiteboard. That’s when we start sketching the future project: how the screens should look like, where should we put the main buttons, what technology to utilize to accomplish the particular feature and so on.

Here we make wireframes of the future application to make it both user-friendly and attractively looking. After that we have the visual directions and blueprints that could shape the future product.

This stage is the most labour and time consuming cause we have to do all the coding and back-end part to perform all the features approved on the first stage.

Quality assurance is a crucial phase that helps to check the apps functions, feature and reveal some bugs that always are there. The application should be tested for usability, compatibility, security, interface checks, stress, and performance.

Free and easy to use mobile application for visitors of Beauty Salon, and Beauty Industry Specialists. This application allows all users to choose their Beauty Master and book comfortable time for visiting. The application is a great chance for Beauty Masters to keep all work data in one app and attract new Client due to great portfolio and schedule of work. Client can find Beauty Master in database by their specialization or location.

Can't decide on which movie to watch? Which phone to buy? Where to have dinner? Or which dress to wear for an interview?

Do not know which sports club to choose? Where to have coffee at lunchtime? Or you are in Dnipro and you do not know which place of interest to visit and where to spend your leisure time? Then use 360 video of the top places in Dnipro, which will simplify the process of choosing the perfect place!

Smachno - this is a gastronomic app, thanks to which you always know what to cook. You will always find your favorite recipe, or easily pick up the recipe for the products that are at home. All recipes can be stored in “selected dishes”, so that you can find them again. It is possible to make a shopping list based on the selected recipes.

See our other services 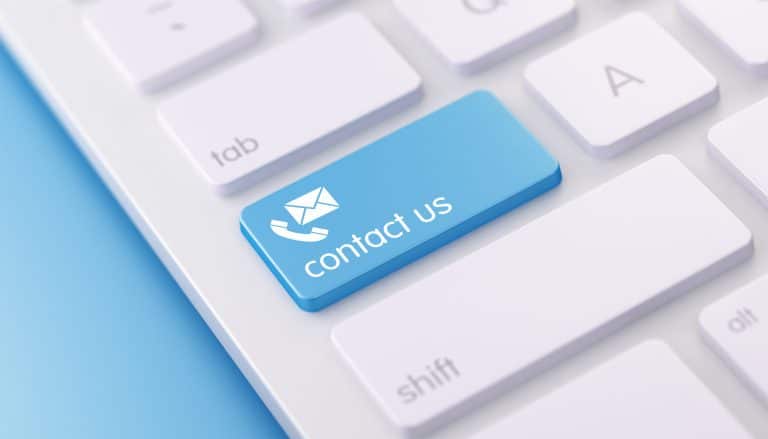 VRG Soft is located in Dnipro, Ukraine but work with clients from all over the world. If you still have some questions about developing your first application, you can contact us via email, or over the phone.

Apple has made their applications the most attractive sight of all the things we have in mobile development. Now we have almost 12 iOS versions and the vector of development has been changing a lot of times.

To code iOS applications we use the XCode – the integrated development environment or IDE developed by Apple engineers that has enough tools to accomplish all the features iOS development could offer. It supports almost all programming languages that developers need to use to make great applications.

Formerly, the core language for developing iOS applications was Objective-C. It’s a C based language that Apple used for a long time both for first IPhones and MacOS apps. But in 2014 Apple has introduced Swift – the multi-paradigm programming language that should have shifted the way ios mobile application development is done.

It was made to be easy-readable and less static for all the developers who used to older languages. Swift has a much-more simpler syntax so for us, programmers, it means that coding has become easier and faster. On the presentation Swift was named as ‘Objective-C without C’.

What is iOS app development

Now there are millions of applications in App Store for all users needs. Users now got used to think that they can perform their everyday task using only one device – their phone. IOS app developers now divide their creatures on three parts influenced by the aim of the app:

VRG Soft is a full-service iOS development company that offer the entire cycle of development services, from the idea to launch. Utilizing the best agile methodologies and in-house skills, we provide the end-to-end custom products for all iOS devices, including IPad, Apple Watch, Apple TV.

We at VRG Soft has a tried-and-true approach of iOS app development. Thanks to it, our app download count in millions. This approach is basically simple and includes 6 rules: