We’ve come to a time in civilization when raw materials and resources are becoming ever more scarce.

Although agriculture and mobile apps technology may appear disconnected on the face of it, there is already an increasing amount of evidence to suggest that making use of mobile and cloud-based applications not only addresses these challenges but also creates financial value for both large agriculture-based companies and farmers. 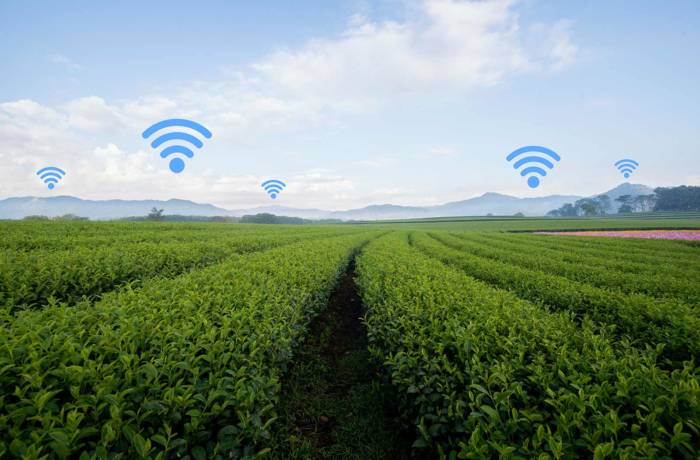 Spreading agricultural related information to farmers in the poorest communities are made easier with the help of cloud computing, integrated IT systems, online education and the proliferation of mobile phones. One of the benefits of such connectivity and information flow is that it helps farmers make better land management decisions. For example, it can enable soil condition to be monitored in conjunction with weather information in order to better plan the planting and harvest season.

Optimizing the use of fertilizer, seeds, and water can also be done by utilizing mobile and cloud computing technologies. This helps farmers save money while reducing consumption.

The broad concept of smart agriculture includes several important components. Farmers can use mobile apps to track remotely and manage revenue and costs. Sensitive field sensors have demonstrated their utility as hardware and software technologies. And intellectual geo-positioning (GPS) has made it possible to make farming practice more rational. Telematics (a method of transmitting data over long distances), an expanded toolkit and platforms for analyzing information have become the main point of smart agriculture. These technologies are improving every quarter. As a result, intellectual farming also becomes more developed.

What has made adoption of these technologies more favourable in the developing countries is an increase in usage of mobile phones and apps. According to a study, 78 percent of the world’s households had a mobile phone in the year 2011, which was a huge increase from 20% in 2000. Even in the region of the lowest penetration rate of 67%, Sub-Saharan Africa, it is rapidly rising.

Today, mobile apps and services are being designed and released in different parts of the world. The USDA’s Agricultural Research Service (ARS) recently released the first two of a suite of mobile phone apps known as ‘LandInfo’ and ‘LandCover’. Available to be downloaded from Google Play Store, they are currently for use on Android phones only. These apps connect agricultural producers around the world and provide them with shared knowledge on ways to maximize their land’s productivity while protecting its resources for future generations. Such shared knowledge is becoming more critical as agricultural producers seek to meet the food, fibre and fuel needs of a growing population.

Traditional farming methods will not cope with growing food needs, so farmers will increasingly turn to smart farming. This is the only industry that is likely to grow in the future.