Even if you have hundreds of already downloaded songs in your Player, you always need some “fresh” feeling for your ears. In this case, the best way to listen to the Radio so to randomly bump into a new song. There millions of Radios on Play Market and Apple Store. But they look and work in the same way. So while choosing any of them, you just pay attention to the reviews and number of stars, nothing special. After long research and hundreds of downloads, we came to the idea of creating something unusual and juicy – Radio Tape –  the radio which has a touch of the past times but feeling of modern technologies and new features.

After the initial discovery sessions, VRG Soft team scoped a sprint based development program to deliver the iOS version of the app. After successful delivery of the iOS version, further sprints were added to deliver the application to Android. The initial focus was the iOS release but it was clear from the discovery phase that the medium-term goal was to launch across two mobile platforms.

For IOS Version was chosen VLC Player as the most compatible with iPhone, iPad, and iPod touch.

Custom widget for equalizer. 10-band equalizer allows customers to adjust music to the way they like. 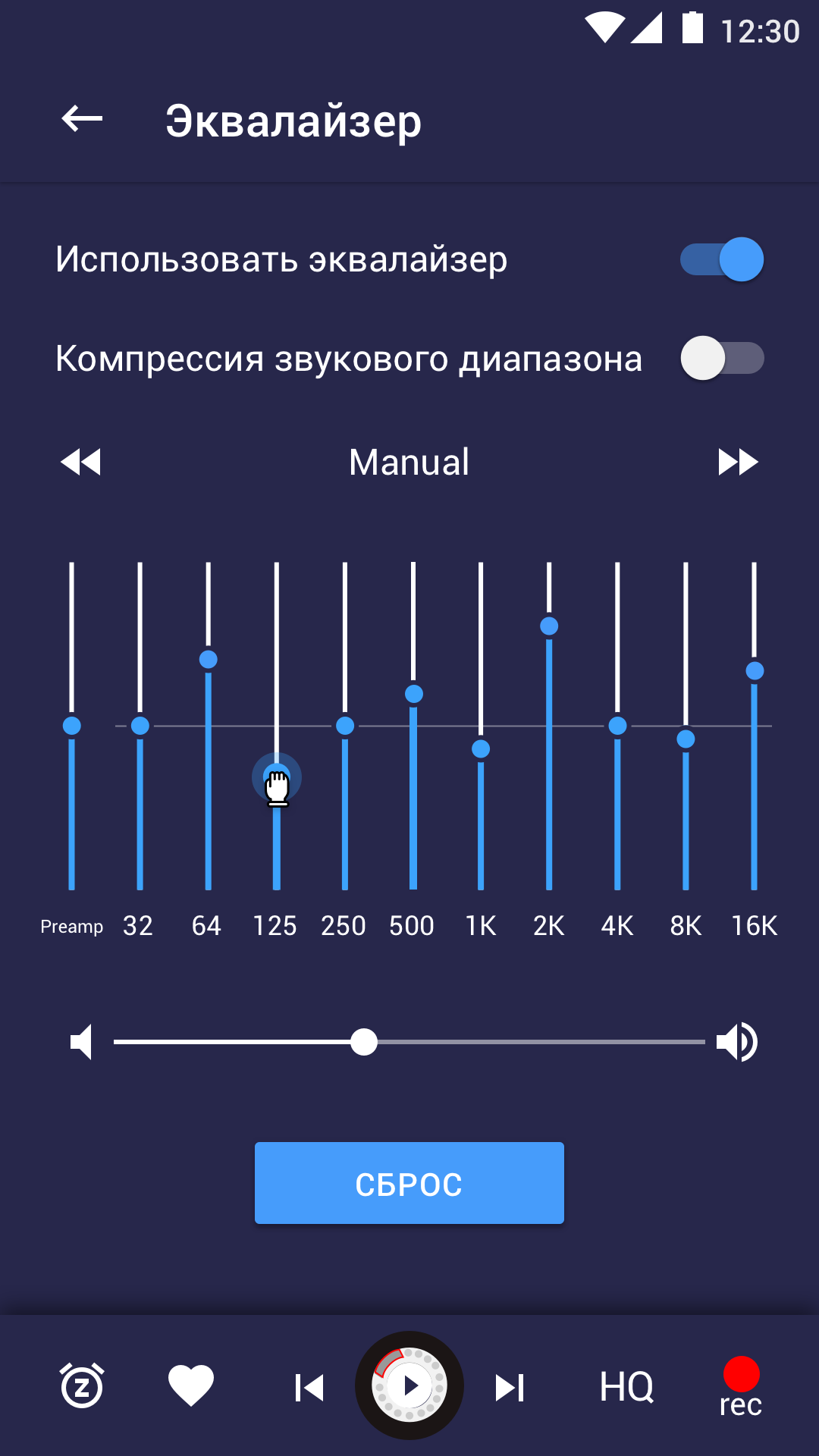 We delivered an easy to use mobile experience that was both smart and efficient. Radio Tape key features are:

VRG Soft delivered a native application to iOS and Android. Each platform has a specific user experience as expected by mobile device users. The application allows radio lovers listen to more than a thousand of radio stations and enjoy pleasing to the eye interface.

Turn to our team and make your dreams come true. Don’t collect your ideas, start implementing them into reality!